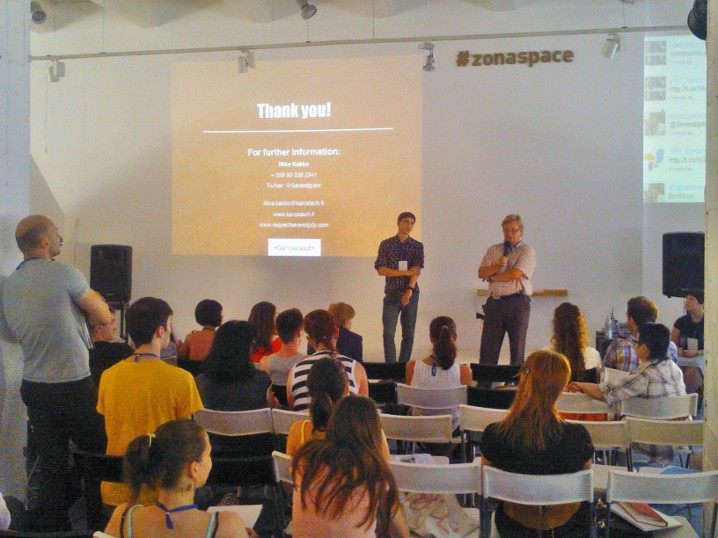 Ilkka Kakko and Erik Raita were invited to speak at the Coworking Forum organized by the City of Saint Petersburg. The event was held June 29, 2013 in the biggest Russian coworking environment Zona Space.

In his presentation titled “How to harness serendipity in coworking environments” Ilkka focused on serendipity issues, whereas Erik’s presentation was focusing on the general principles and guidelines of building the coworking environments. Both presentations were warmly welcomed by the audience and actively cited by the participants in the live Twitter stream of the event (see #coforum). More photos from the event can be found here.

Coworking scene is strongly developing in major Russian cities, and Karostech is taking an active role in the development of Saint Petersburg’s coworking landscape.